Editorial: The Buzz from the ACEEE Conference on Energy Efficiency

A version of this article appears in the Fall 2018 issue of Home Energy Magazine.
SHARE
Click here to read more articles about Editorials

Every two years, a thousand energy efficiency experts gather near Monterey, California, to discuss every conceivable aspect of energy use in buildings. Two years is long enough for changes in the outside world to be visible in the energy efficiency community. There’s a new president, new energy policies, and astounding new trends that scarcely existed two years ago. For that week, Home Energy staff decamp from their quiet office and become reporters for the daily newsletter, the ACEEE Grapevine. That role gave us an extraordinary window into what’s hot (and what’s not). This issue contains an insert with six “buzzlets.” The idea is to convey through these buzzlets the excitement and innovations in the conference by describing a memorable talk. Tell us if you like them and we’ll repeat it for other influential conferences.

But there were also larger trends. The conference population does not reflect our country’s make-up. Our country’s inequity is increasing, and this split between the haves and have-nots manifests itself through people’s access to energy and energy services. About one-third of U.S. households are unable to pay their utility bills. How do we effectively serve this community if its members aren’t present in the discussions? One program manager put it this way, “I’d like to get rid of the term ‘hard to reach.’ If I have trouble reaching you, it doesn’t mean you’re hard to reach; it means that I haven’t figured out how to reach you.” Sadly, the conference found no solutions—perhaps because the problem is so much larger than energy—but equity and its many implications is now on the table.

One participant from Missouri lamented that more people from Europe and Japan attended the conference than from the Midwest heartland. That’s because states are abandoning their energy conservation programs. These states often claim philosophical objections to supporting low-income programs but ordinary stinginess looks more consistent with their behavior. Aggressive programs on the coasts and disappearing programs in the Midwest will only accelerate the diverging efficiencies. 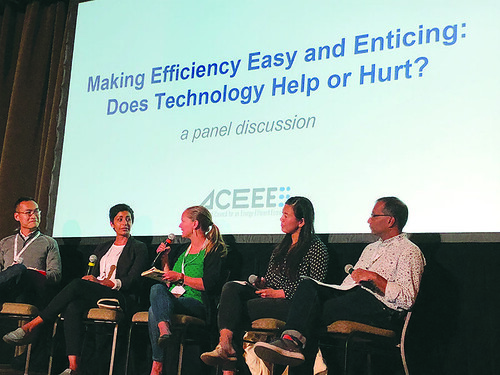 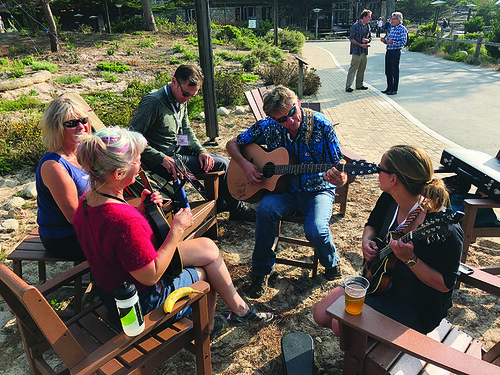 De-carbonization and electrification created a buzz in the panels and during the coffee breaks. Two years ago, natural gas was the generally accepted “clean bridge” to a low carbon future; now the consensus is that we need to move directly to efficient, zero energy ready buildings heated by renewable electricity. This rapid shift in opinion is a result of plummeting costs of renewable electricity and the realization that natural gas has its own environmental costs. The timing, costs, and role of efficiency in this transition still needs to be hashed out. Questions also arose about our slavish devotion to “cost-effectiveness”. One person observed, “We made this stuff up and we can change it.”

What will be buzzing two years from now? What technologies will suddenly appear and which programs will wither? We won’t embarrass ourselves by predicting anything except that we’re sure to be surprised.