BY ALAN MEIER and DIAN GRUENEICH

A version of this article appears in the September/October 2015 issue of Home Energy Magazine.
SHARE
Click here to read more articles about Editorials

After the first oil embargo, in 1973, our nation recognized the need to save energy in a coordinated way. It made sense to designate energy utilities to coordinate energy-saving activities in buildings, because nobody had better access to the customer and to key information about the customer. This led to three decades of utility-managed energy conservation programs. Many succeeded. Some did not.

But times change. Today, there’s a new imperative: reducing carbon emissions. This imperative comes not so much from the utilities and their regulators as from state, federal, and even local initiatives. And utilities are no longer the only entities well positioned to reach customers. Firms like Nest and Solar City arguably collect more data and know more about their customers’ energy use than any utility. Likewise, new programs, such as PACE, do not rely upon utility companies.

We need new ways to encourage utilities, builders, and consumers—the whole energy delivery and consumption chain—to achieve the ultimate goal: not just to increase efficiency, but to lower total carbon emissions. This means promoting all sorts of actions that were previously off the table. And it means involving players who are not at the table today. This very different approach might also mean offering incentives for smaller homes, promoting urban planning that reduces dependence on fossil-fueled transport, encouraging the construction of a neighborhood swimming pool instead of a swimming pool in each backyard, or even installing PV when saving energy through retrofits is especially difficult. These are controversial examples, but they illustrate the shift from a 20th-century focus on improving the energy efficiency of a single device, to a 21st-century focus on reducing overall carbon emissions.

Is the energy efficiency industry prepared for the low-carbon era? Probably not today, but that isn’t a reason not to get started. This paradigm shift actually creates huge new business opportunities. It rewards whole-home performance rather than just a more-efficient heating system, lightbulb, or heat pump water heater. Measuring progress should become easier, too, because the metric is absolute—savings in whole-house energy consumption, not savings from just one higher-efficiency appliance.

Achieving these 21st-century goals won’t be easy or quick, but it’s time to make those goals more attractive to everybody involved. 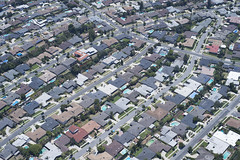 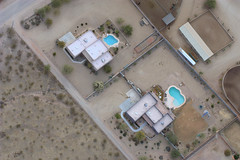