The Active World of Passive Houses

BY MIKE SMITH
WEB ONLY

The International Passive House Association estimates that there are around 40,000 certified Passive Houses (PHs) worldwide. Initially, that might seem like a large number; however, in a world with more than 7 billion inhabitants, even the most generous estimate says that just 0.002% of the world’s houses are PHs.

That insignificant figure is particularly striking because building and home energy professionals tend to regard PHs as innovative and important. Passive houses have also come up in discussions on climate change, as they slash energy demand and are resilient in the face of natural disasters. Building PHs also sets us on a course of sustainability—one we can pass down to future generations. In addition, these houses offer comfort throughout all seasons in terms of air temperature, humidity, and overall high quality. 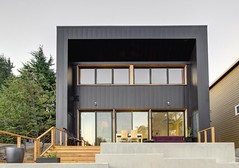 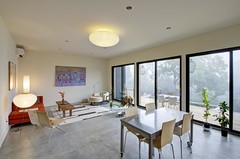 The engineers installed a Mitsubishi Electric ductless system with an inverter-driven compressor and two 9,000 Btu ductless indoor units in the home.

The units are mounted on the upper wall and are very quiet, and the temperatures feel even—not like a dry heat blowing around,” owner Lisa Whitridge said. 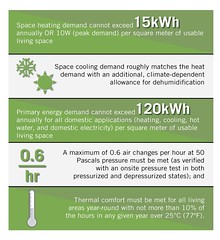 Figure 1. To be certified as a Passive House, a building must meet five stringent criteria.

Why Are There So Few Passive Houses?

Here are four reasons why PHs are few and far between.

Growth in the Pacific Northwest

The Pacific Northwest is seeing particularly strong growth in the construction of new and retrofitted PHs. Portland and Seattle are hubs of activity. Each has its own chapter of the Passive House Northwest organization. According to PHIUS, which has certified around 500 buildings across the country, “the Pacific Northwest Passive House community is the oldest and largest in the country and consequently leads the nation in built, certified projects.”

Katrin Klingenberg, cofounder and executive director of PHIUS, says that more than a third of the country’s certified PHs are in the Pacific Northwest. “Washington and Oregon are a piece of cake for passive house design,” she told the New York Times; “the conditions are perfect. It doesn’t get too cold in the winter or too humid in the summer.”

Meanwhile, there is money to be saved by building PHs, especially in the Pacific Northwest. Owners of passive houses throughout the country enjoy tax incentives, but some municipalities—for example, those in Oregon—also offer subsidies that mirror the incentives for green building.

It is no surprise that the Pacific Northwest has so many success stories. Among them is the region’s first certified PH: the Rue-Evans residence in Salem, Oregon. The house features triple-pane windows, foot-thick walls, and a sophisticated energy recovery ventilator. Seattle is also home to many PHs. The first, Park Passive, is what the Seattle Times described as “a place, 2,710 square feet, that [the owners] heated last winter using the clothes dryer.”

Not all PHs can be heated with a clothes dryer, and all PHs are built with HVAC equipment in place. The equipment is minimal, in terms of both load and aesthetics, and it is used infrequently. But when homeowners need it, they want something reliable and efficient. A particularly interesting example of HVAC in a passive project is the Full Plane Passive House in Portland.

The Full Plane Passive House not only realized the goal of passivity but also met the even more rigorous Living Building Challenge by achieving net zero energy, waste, and water. Owner Lisa Whitridge aimed high on the sustainability scale when planning her two-story, 1,950 ft2 house.

Builder James Ray Arnold, of JRA Green Building, Portland, calls the Full Plane Passive House a “dream Passive House project,” because of its ideal siting on a south-facing slope. The orientation of a PH is key, because that’s where compliance begins. The side of the building used for solar gain should face south during the daytime, maximizing the amount of sun coming in. Glasshouse principles state that sun streams through windows in the form of short-wave radiation. Building elements (e.g., walls, floors, ceilings) and furnishings absorb the energy and reradiate it in long-wave form. The new, long-wave radiation cannot pass back through the glass, trapping heat in the house.

The Full Plane Passive House gains most of its heat in this way. Sun pours in through three 8-foot x 8-foot glass sliders. The warmth is absorbed, and then slowly released, by the concrete slab floor. The result is a generally comfortable house glowing with natural light.

Behind the scenes in the Full Plane Passive House one finds thermally broken double walls creating a 12-inch-deep cavity packed with cellulose insulation. This gives R-values in the mid-40s, surpassing DOE R-Value Recommendations for New and Existing Homes in the Portland area by a factor of 3.

The Full Plane Passive House is a meticulously crafted dwelling that benefits from insulation and the glasshouse effect, but it still needed an HVAC system. The heating-and-cooling load was very low (about 11,000 Btu per hour), so the design team sought a system that could run efficiently at very low speeds, ruling out conventional forced-air systems. It would have been hard to create ductwork space within the walls anyway, given the complicated framing and insulation.

JRA Green Building worked with Imagine Energy, Portland, to specify and install the HVAC system. The team chose a Mitsubishi Electric ductless system with an INVERTER-driven compressor and two 9,000 Btu ductless indoor units—one on each floor. David Landau, project manager at Imagine Energy, says that these systems are the company’s go-to choice for PHs. “You get very high efficiencies for low loads, and the units adapt well to the environment,” he says. “The SEER ratings are as good as or better than the other products with INVERTER technology. And the ductless system is nice, because we need only a small amount of space to move the energy from the outdoor unit to the wall-mounted heads.”

Another important factor led to the HVAC decision. PHs have source energy efficiency standards in addition to energy efficiency requirements for cooling and heating equipment. For example, approximately one-third of the electricity a coal plant produces reaches the end user, Arnold says, and the Mitsubishi Electric system has a coefficient of performance of 250–300%. “The fact that it’s almost three times as efficient as your typical 95% efficient furnace helps offset the coal plant’s inefficiency as well as transmission and grid losses,” he says. “Thinking about the true calculation from power plant to house, we’re hoping to achieve a one-to-one relationship, if not better.”

Engineer Jonathan Cohen, who owns Imagine Energy, adds that these indoor units have an infrared i-see Sensor. The sensor reads a variety of different surfaces to continually monitor room temperature and adjust it accordingly. “While other systems measure the air temperature coming into the unit, this one takes the average assessment of surface temperatures and knows what is needed to cool or heat the space,” says Cohen. It’s yet another way to be efficient and passive.

Get more information about the PHIUS.

An Example to Build Upon

The Full Plane Passive house is a compelling example of passive construction. The builders designed meticulously, chose advanced products, and put it all together with care. But this house is more than just an interesting example. It is the culmination of 24 years of knowledge about, and research into, passive building, and it inspires us to think deeply about the impact that our homes have on our world.

As time passes, we will see more and more projects like the Full Plane Passive House and its Pacific Northwest neighbors. Not every house will be passive within our lifetime, but it’s an exciting time for building and home energy professionals.